On a beautiful, sunny Tuesday afternoon, Year 3 hosted St Francis in seven competitive cricket matches. This was a special day for the Year 3s, as it was also their first match of the academic year. As it is early days for them, it was not so much the sound of 'leather on willow', but more of 'plastic on plastic'!

The girls played their matches with great flair and elegance and competed well against some older St Francis teams. A win and two narrow losses demonstrated great progress and development in a sport that they have had very little experience of playing.

The boys were also matched against some older players and were split into their T20 Blast teams of Outlaws, Falcons, Bears and Spitfires. All four teams won their games, which is an excellent effort - and they are already showing some good technical performances.

The team spirit and fair play shown by all our teams was a real pleasure to see. 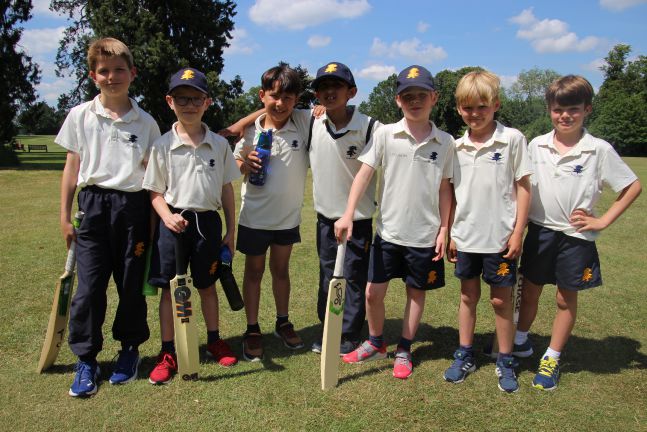